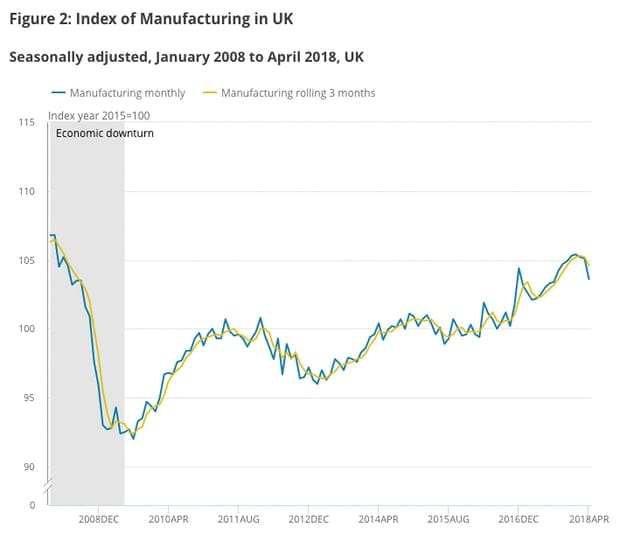 On 9 June 2018 the Office of National Statistics released their latest figures which showed a worrying fall in UK manufacturing output. In April 2018, UK Manufacturing fell by 1.4% which is the largest fall since the 1.8% contraction experienced in October 2012.

We have highlighted the one month downturn which gets “hidden” in the headline for the three monthly figures. We urge all those who deal with the sector to heed the warning that further uncertainty in both this and the retail sector, on top of the instability already experienced in the Construction Sector earlier this year. The UK economy looks like it could be in for a bumpy ride over the next few years.